Before you go, check this out!

Eddie Hall’s 500 kilogram (1,102 pound) world record deadlift will go down as one of the greatest feats of strength of all time. But how did he do it? Find the secrets to the Eddie Hall deadlift workout right here!

In this article we are going to take a deep dive into the Eddie Hall deadlift workout that allowed him to deadlift an earth-shattering 500 kilograms.

Here are the topics that will be discussed:

We’re also covering his long-term programming for the squat, deadlift, and strongman events so that you can model your entire training approach around Eddie if you so desire.

Finally we’re covering some unique deadlifting tips that Eddie Hall has recommended over the years.

Some of these tips are so unorthodox that I have never in my life seen them used or recommended by anyone else!

If you want to learn the secrets of Eddie Hall’s mind-blowing feat of strength and to take your own training to the next level then you’re in the right place.

Now let’s get down to business…

When I saw Eddie Hall’s record breaking deadlift performance, the first thing I asked myself is “how is this humanly possible?”

I remember growing up in the early 2000’s watching the world’s strongest man competition on tv.

Back then I thought I would never live long enough to see someone deadlift over 1000 pounds.

Of course, Andy Bolton shattered my limited paradigm of reality in 2006 when he deadlift an astonishing 1003 pounds in a powerlifting competition.

In the decade that followed Andy Bolton’s world record deadlift the world’s best strongman competitors had picked up the gauntlet and were breaking records left and right.

It seems like every year someone upped the ante, whether it was Benedict Magnusson pulling an incredible 1,015 pound deadlift in 2010 or Eddie Hall’s then record of 1,018.5 pounds in 2016.

In an interview Eddie was asked why he wanted to pull 500kg so badly.

For one, he was running low on funds and needed to do something incredible to secure the funding he needed to continue training to win the World’s Strongest Man competition.

The people he was negotiating with didn’t even believe it could be done!

When Eddie asked his promoters how much they were willing to give him if he could pull 500kg in 2016 in front of a stage of people, the promoters said “how much do you want!?”

But the other part of his explanation was really inspiring. Eddie thought to himself, OK, the record is going up 1 kilogram a year or every 2 years.

At this rate the record isn’t going to go anywhere. I wonder what I could do, I wonder how far I could push the record, if I put my strongman training on hold and just went all-out?

The rest, as they say, is history.

I have talked before about how this is probably the single most popular training split amongst elite-level powerlifting and strongman competitors.

And there is a very good reason for this: the 4 days per week upper / lower split is practically unbeatable for all-out strength gains!

One of the biggest questions that a strongman competitor has to answer is when he will train the strongman events.

The strongman events, including the super yolk, farmer’s walk, log press, and atlas stones, are the events that strongman competitors actually compete in.

Guys like Chad Wesley Smith are right-on-the-money when they talk about the importance of training specificity.

That is, if you want to get good at something, you have to train that something!

Here is what Eddie Hall’s weekly training split looks like including all his major exercises and strongman events:

Eddie Hall says that with the weights he was using, his workouts often took 3-4 hours to complete at his peak!

This isn’t a recommendation – most of you reading this will do best to keep your training session limited to 1 hour after warming up.

It’s hard to argue with Eddie’s results though! 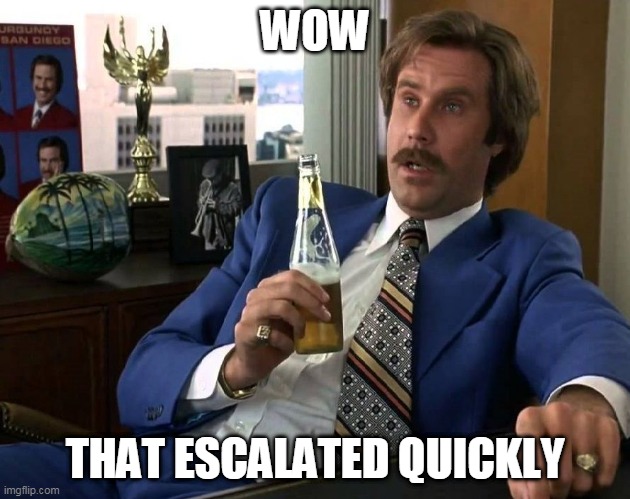 This is perhaps the most important part of this article.

I am going to detail out for you the exact deadlift cycle that Eddie Hall used to pull his legendary 500 kilogram deadlift.

Some of you are probably asking if Eddie Hall’s peaking cycle actually works.

All of the percentages provided here were based off of his estimated 500 kg deadlift at the end of the training cycle.

This means that Eddie’s actual training percentages were significantly higher than what is listed throughout the majority of his training cycle.

Instead Eddie is deadlifting heavy every other week and performing lighter speed reps on his “off” weeks from heavy deadlifting.

In Eddie’s own words, deadlifting heavy every week is just too taxing for him to recover from.

By doing speed reps on his off weeks he is still training the neural patterns required to deadlift with good technique and he is still recruiting the fast-twitch muscle fibers.

So these are definitely NOT wasted weeks or “easy.”

Let’s dive right into what was a typical deadlift session for Eddie Hall during his 500 kg deadlift training cycle.

Here is what Eddie’s exact week 7 deadlift workout looked like:

**Note: If you are having any difficulty at all reading this workout routine then I highly recommend you check out my article “How To Read A Workout Program.” It will answer all of your questions!

On his accessory work Eddie Hall always worked up to one all-out set of about 12 reps per exercise.

Eddie of course performed warm-up sets before proceeding with his one main set.

His warm up sets were structured as follows for all 3 accessory exercises:

Basically Eddie prefers to perform several warm up sets culminating in his one all-out set on his accessory exercises.

This is certainly in line with how many successful lifters have trained over the years such as Dorian Yates. 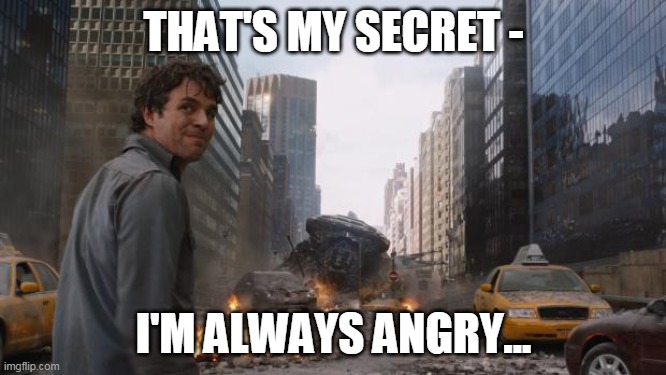 Eddie has one of the strangest deadlift training methods I have ever seen or heard of in my life!

I’m going to just dive right into it: Eddie does NOT pull his deadlifts all the way to lockout in training!

Instead he accelerates the bar to just below his knees before giving up on the pull entirely!

He just lets the bar stop accelerating as it crosses his knees and then it falls back down to the ground.

Once per month (on his heavier day) Eddie trains to full lockout to maintain the proper movement pattern.

However, the other 3 deadlift workouts a month he performs these bottom-range deadlifts instead!

Eddie Hall is the only person I have ever heard of or seen doing this.

Eddie’s thought process is that his deadlift is all about speed off the ground.

If he can pull the bar up to his knees with enough speed then he will have no problem pulling the weight all the way to lockout.

On the other hand, if he doesn’t garner enough speed off the ground then he’s done-for anyway.

Effectively he is overloading the bottom-half of the strength curve. This is pracitcally the opposite of what Louie Simmons typically recommends!

Eddie says why train the easiest part of the lift and just dig further into his recovery stores when it probably won’t do him any good?

I recommend you take this advice with a grain of salt.

I probably won’t be recommending Eddie’s bottom-range only deadlifts to my powerlifting or strongman clients anytime soon.

However, I would have a hard time talking someone out of training this way given how well it worked for Eddie.

This may be a case of “bro-science,” but again, how are you going to argue with a 500 kg deadlift?

The answer is you can’t!

For the longest time scientists thought it was literally physically impossible for any human to run a mile in under 4 minutes.

It couldn’t be done!

It’s a good thing Roger didn’t listen because right after he broke through the barrier an absolute army of runners followed his lead.

As my childhood hero Arnold Schwarzenegger has so famously said:

“Everything is impossible until someone does it.”

Likewise the greatest gift of Eddie Hall’s deadlift performance is the destruction of our limited viewpoints on what humans are capable of achieving.

As I write this Hafthor Bjornsson has already bested Eddie Hall’s record with a 501 kilogram deadlift of his own.

How far can humans push the limits of human physical performance? Is there even a limit?

Heck, why should their be a limit? Can humans continue to push the limits of human performance the way we have lifted and expanded the collective consciousness of mankind over great expanses of time?

I don’t see why not!

One thing is for certain: love him or hate him, Eddie Hall has truly uplifted and expanded the consciousness of mankind through his mind-bending feats of strength.

And for that, all of humanity should salute him.

If are looking for help with your own deadlift programming you can contact me directly to learn more about my online coaching services.

Thank you for reading and I wish you the best of luck in your strength training endeavors!

Thanks for checking out my site! My name is Dr. Mike Jansen and I'm the founder of Revolutionary Program Design. If you want to reach your size and strength goals faster then you've come to the right place. My goal is to make RPD the #1 strength training resource available anywhere in the world. So grab a seat, kick back and relax. There's never been a better time to lift weights or to learn the art and science of strength training program design.

link to The Jujimufu Training Program!

Jujimufu is a bodybuilder, acrobatist and one of the most famous fitness influencers in the world. He is known for his crazy hair and his even crazier training program. If you want to train like...

This site is a participant in the Amazon Services LLC Associates Program, an affiliate advertising program designed to provide a means for sites to earn advertising fees by advertising and linking to Amazon.com. We are compensated for referring traffic and business to Amazon and other companies linked to on this site.